Jane Lim's Newsletters about her health book (fungus and cancer) series of "The Most Common, The Most Deadly".

The actress Scarlett Johansson’s snotty tissue was sold at $5,300 on eBay according to BBC News. This price was reached after total 83 bids were placed. This weird suggestion was broadcasted through Jay Leno’s Tonight Show and the news spread through major news media. This news is one sad episode to people who could not get valuable news published by any major broadcasting system. It is also a shame that people would spend so much money for garbage and refuse to spend mo 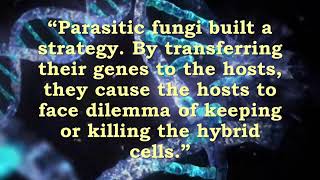 What Are The Connections Between LDL Cholesterol, Parasitic Fungi, And Autoimmune Diseases?